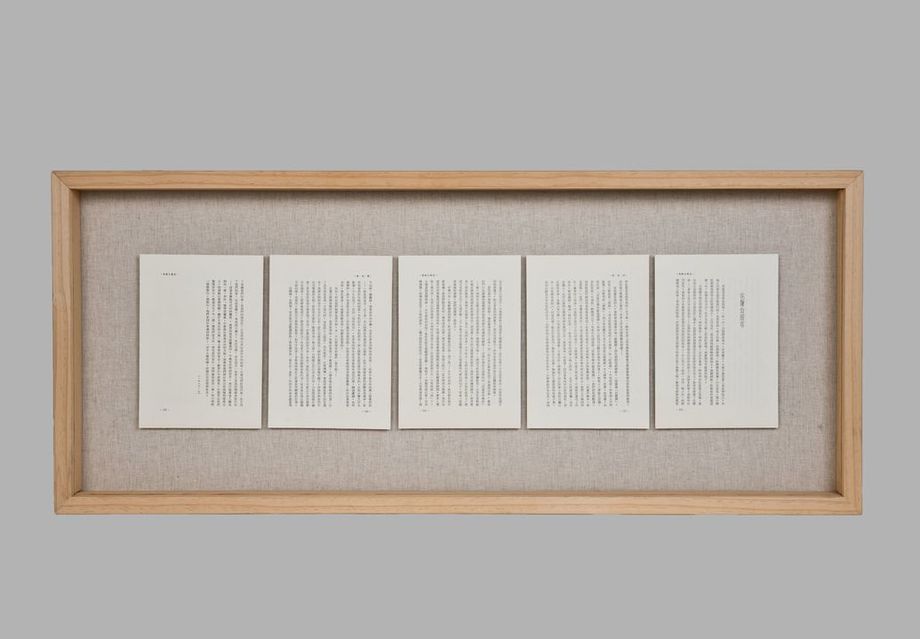 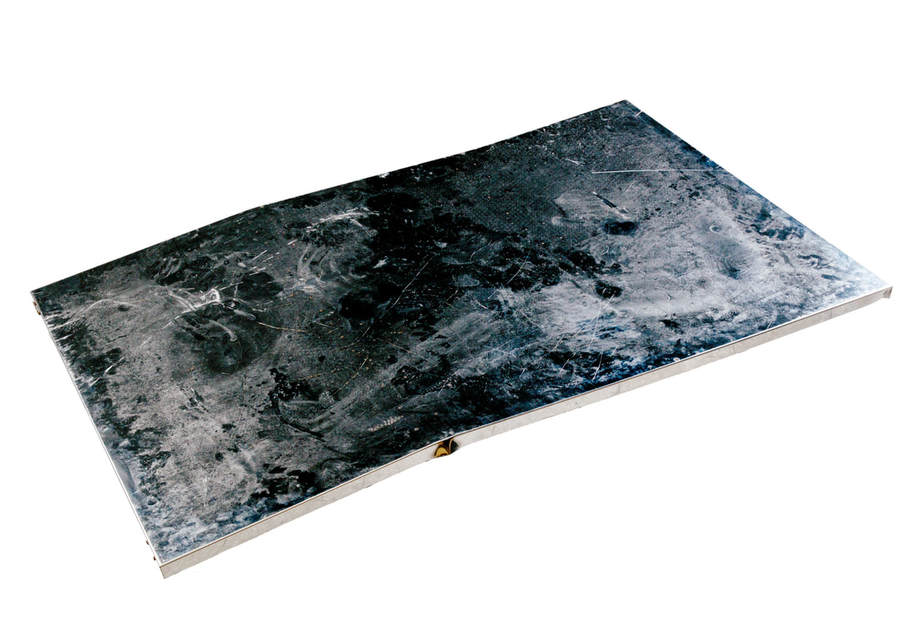 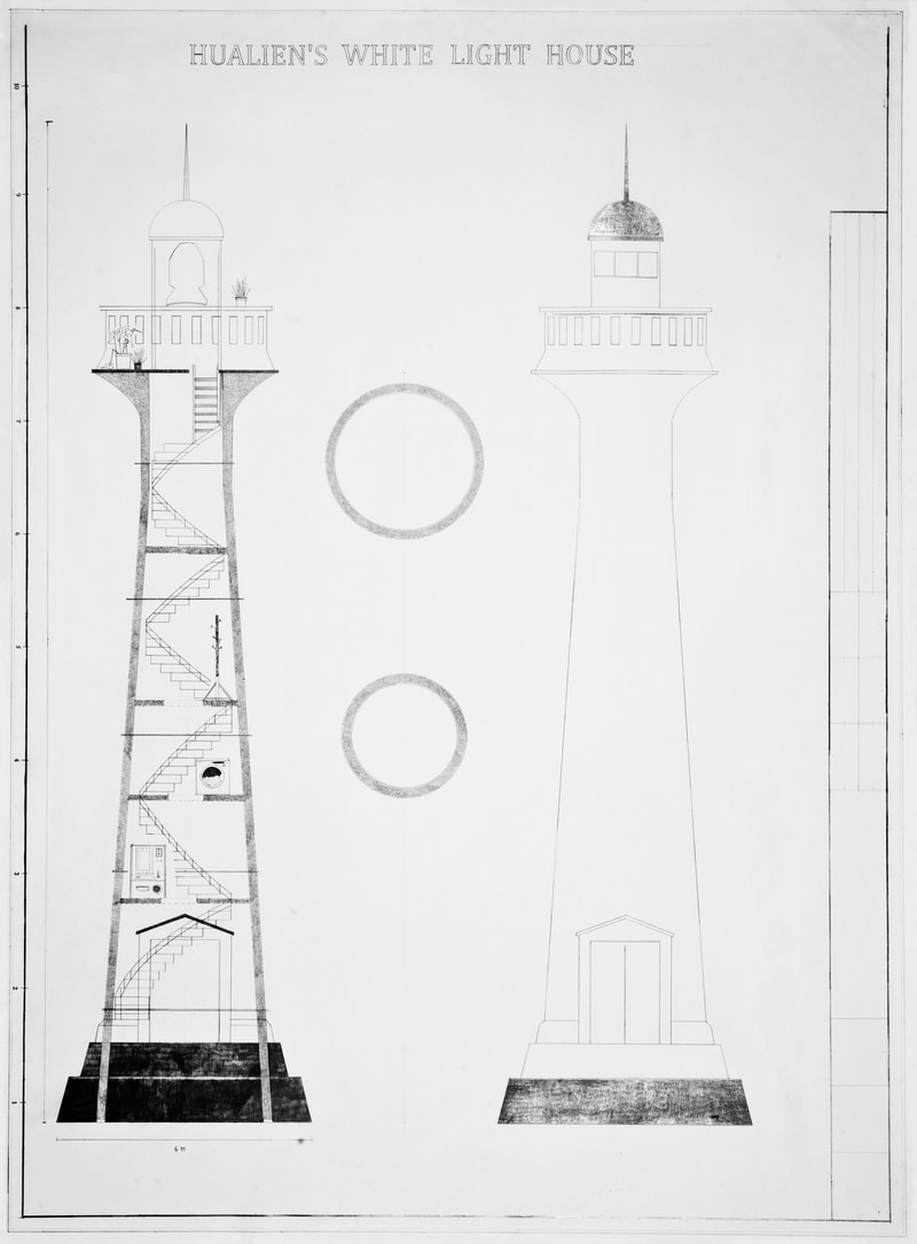 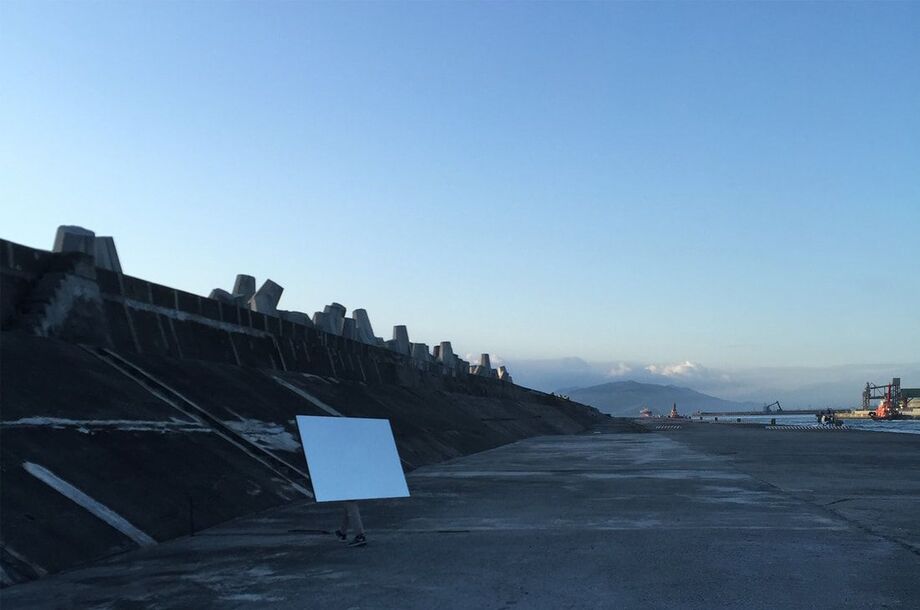 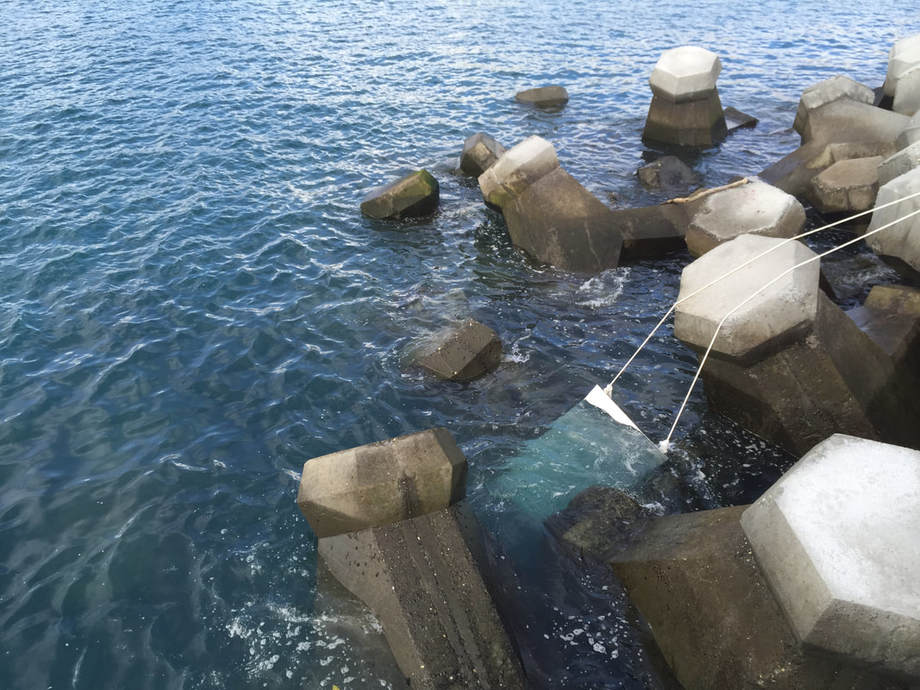 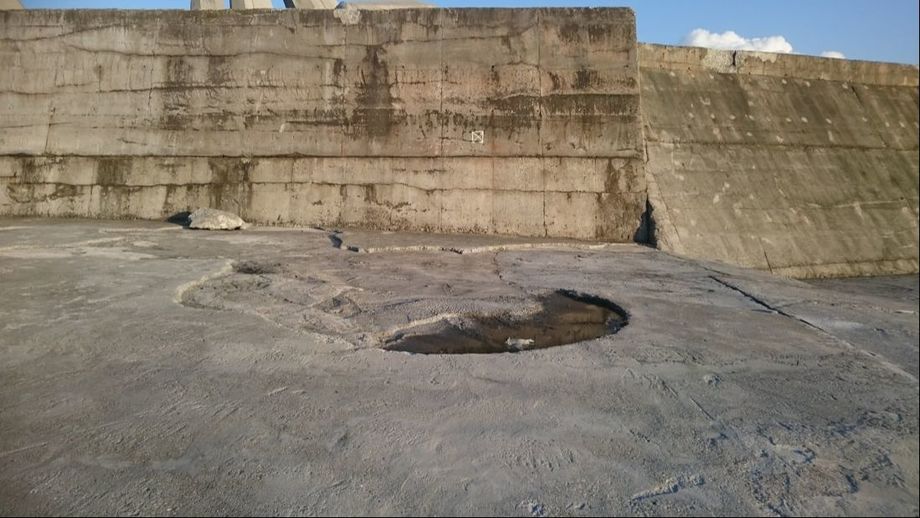 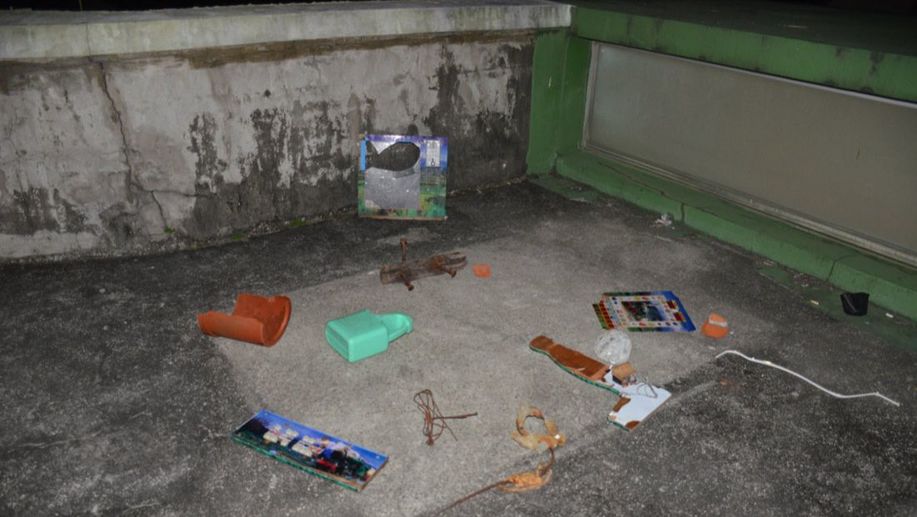 
The idea of this piece of work originated from the thought of me wanting to go sketching. What I tended to create was not something visible, but a work created by experiencing the non-objective elements in the dimension through the concept of sketching, the behavior itself. Nevertheless, I figured that the idea of sketching is about creators’ mindsets and feelings during the whole process, instead of the object. What audience is able to do is simply imagine the creators’ behavior through their works.
As for my object, it all began when I was a high school student and read an article written by Yang Mu, allowing me to know the existence of the white lighthouse, which was bombed for the expansion of the port. In high school, Yang always gazed at the sea and the lighthouse outside of the classroom. He would try to approach toward it, even if he had to skip classes. While reading his article, due to the different settings in time and space, what I saw and what I thought kept pulling each other inside of me. It was the struggle between two different spaces and time, as if the body jumped back and forth in between. My body was still at the place, but my mind drifted off; this experience became my permanent body memory. It was because of this memory that I was unwittingly lured by this white lighthouse and thus had imagination about it. Ever since then, I had been wanting to come close to this legendary object.
Years later, the memory had been still lingering inside my body. Eventually, I, with courage, returned to this unforgettable place as a seeking painter. Carrying a steel board as my height, I walked on the seawall with ocean alongside. I watched big boats leaving the port as I was listening to the sound of light ocean waves breaking at the tetrapods. It dawned on me that the white lighthouse had once been standing days after days in such an environment. Upon arriving at the spot where the lighthouse was teared down, I noticed on the concrete seawall there was a crack in the shape of a circle. It made me wonder if it was a part of the lighthouse, but on a second thought, it was not possible. The seawall was built afterwards, meaning that it should be a coincident result from power of nature. I did not dare to jump to conclusions of the actual contour of the lighthouse for my experience of misinterpreting. It was said that many local residents had come to witness the scene of the lighthouse falling apart into the sea. The area I dived in was where the debris had sunk. With tetrapods at the seawall, I climbed down following the crevices between them and threw the steel board into the sea. Then I proceeded with my project using a hand drill to engrave on the board. The experience was unbelievably amazing! What I confronted was the balance/ counterbalance of my body and the nature. My mind went blank. Only the body, water flows and my reflection on the board were left. I could think of nothing when I was creating, not to mention coming up with a concrete creation. At that moment, the thought of engraving the contour of the lighthouse on the board vanished. The only thing left was the passion for me to pursue the lighthouse.
I did not make it at last. Though neither did I find the pieces of the lighthouse, nor could I come up with the appearance of it, I did not give up at all. I wandered at the beach nearby, feeling and looking at the surroundings. It seemed that I could not get the lighthouse out of my head. I started to pick up the trashes, imagining whether they had used to belong to the lighthouse keeper. Afterwards, I drew a design of the white lighthouse, which did not belong to either the past or the future, but to the very moment that I was imagining. The elements of my design came from the trashes I had gathered; however, there still was not an exact look for the lighthouse ultimately.
I often think about the essence and the process of painting: What is the relation of the object and the imagination in our head before we paint? What does the act of painting mean? To create? To fill the blank of imagination? To extend imagery out from figurativeness? Or to fulfill the eagerness to be represented again? Perhaps I have been looking for the cognition of painting to my body, as my experience of chasing after the lighthouse. The harder I wanted to come close to it, the more possible imagination of it I would find. In the end, I realized it was the process that turned out to be the most clear and distinct.